Edoardo Freddi International – a company which selects and combines variety of wine producers from different regions all over Italy and matches them with the needs of the best alcohol importers and distributors all over the world.

Their mission is to create a strong network of long-term relationships with the best wine suppliers and importers in each country, who will cover the requireements and needs of different clients and the market overall. 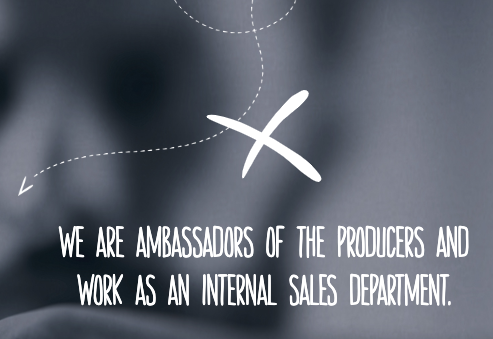 Naturali Food is proud to be a partner of Edoardo Freddi International for a number of years already, successfully cooperating and representing wine producers in number of EU countries: UK, Poland, the Baltic countries, as well in Ukraine, Russia and India.

Each company that is represented by Edoardo freddi international produces a high-quality wines.

Here you can see a list of our Wine Producers: 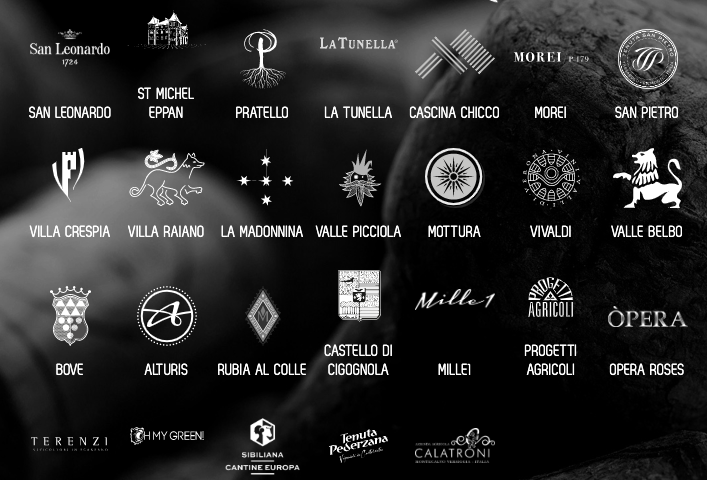 Naturali takes care of developing awareness of Italian producers in Europe. Each member of the team has specific knowledge regarding the country in which they operate making sure to adapt and comply to regional requirements. Naturali team includes German, Ukrainian, Italian, Spanish, French, Polish, Russian, Portuguese and English speakers.

we would like to introduce you to Giacobazzi Vini which is a brand that has made the history of Lambrusco and of the great Italian Spumanti. Giacobazzi is rooted at the heart of “Lambrusco Land”: the vineyards and the company headquarter are located in the provinces of Modena, in Emilia Romagna region 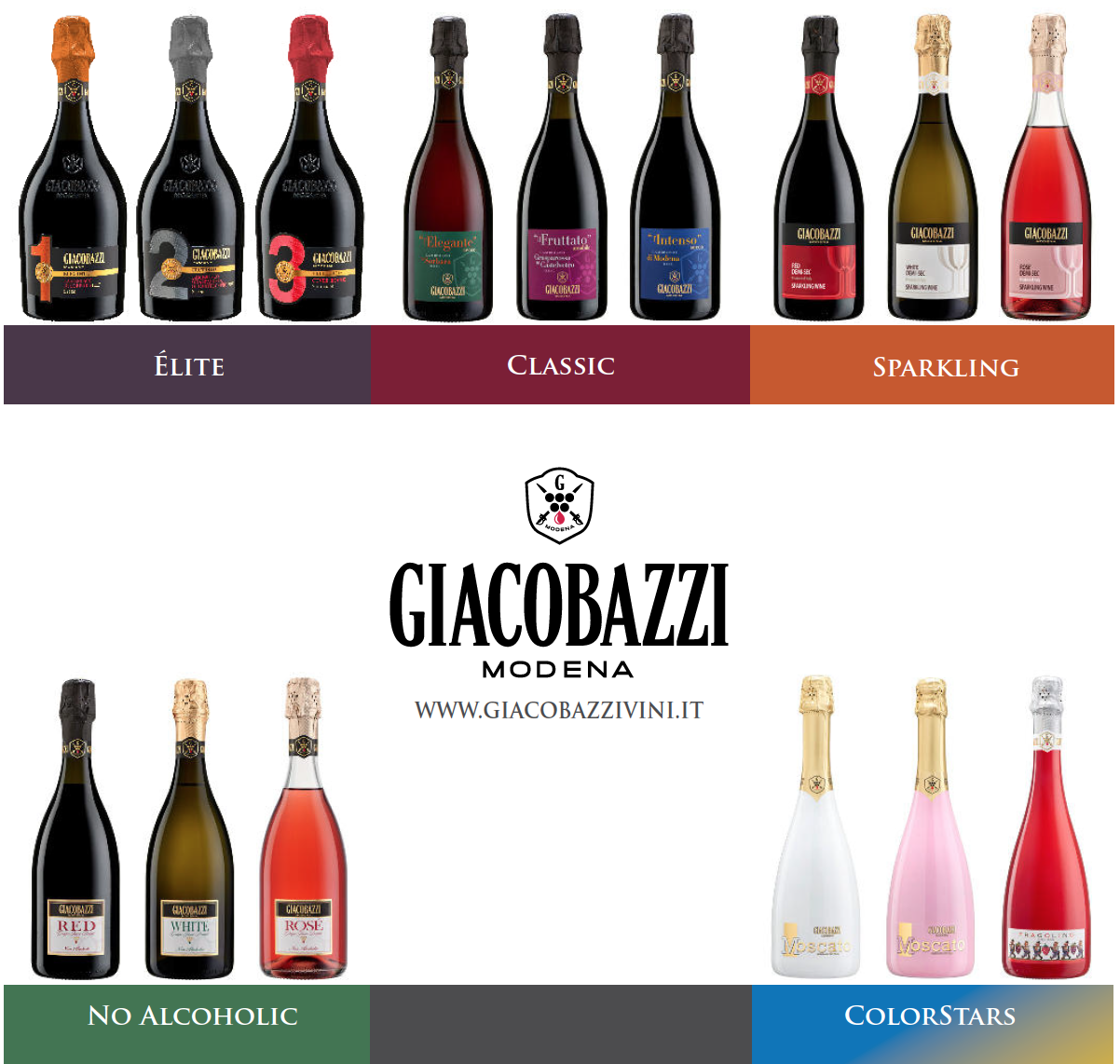 Since generations, Giacobazzi family is fully involved into the care of fields and wines. A passion that in the old 60s led the family to expand the Lambrusco name beyond the Italian borders helping it to become the Italian best-selling wine all over the world. In addition to Lambrusco, the winery produces sparkling wines and non-alcoholic sparkling grape juices, thanks to a pioneering intuition of Antonio Giacobazzi’ s mind.

Innovative and nonconformist, the firm is since ever bounded to the world of sports thanks to the sponsorships of teams and champions in various fields such as soccer, boxing, cycling and rugby, but among all of them, the one that is nowadays imprinted in everyones memory is the partnership with Ferrari team and Gilles Villeneuve. 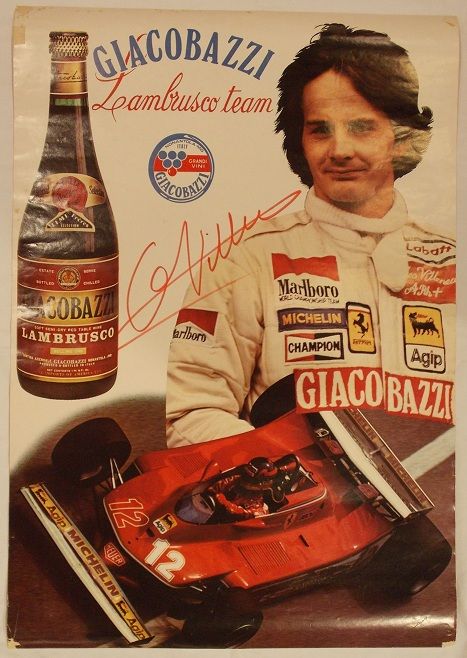 Somewhere between the boxed wine of your college days and fancy bottles packed away in neat gift bags lies canned wine. The increasingly trendy format is easy to carry, usually low-budget, and makes for the perfect party contribution. From reds to whites to rosés.

The category is no longer just a fad, as young consumers increasingly set aside the stemware and crack open cans of wine. The below numbers from Nielsen US are very similar to the ones we see in the rest of the world: 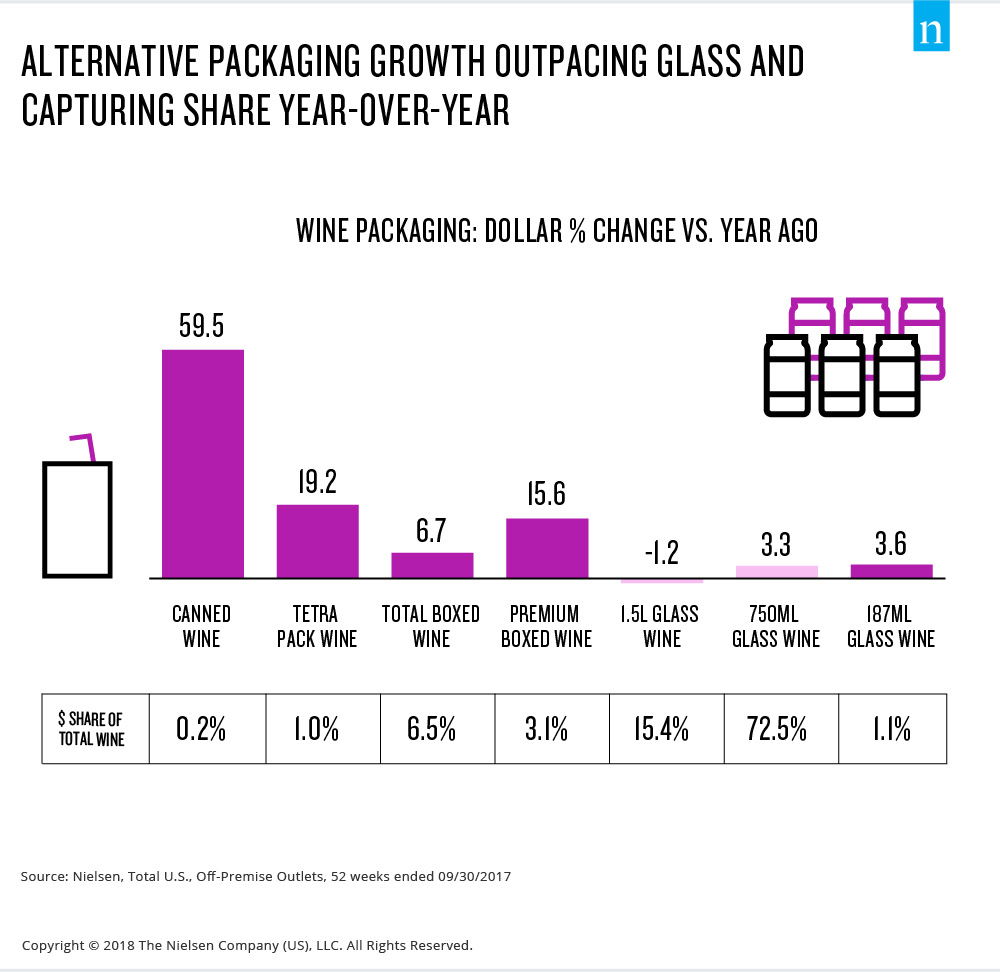 Our partner Donelli, which is the first Italian producer creating a Tetra Pak wine packaging more than 20 years ago, is now one the world market leader in the production of canned wines. There is a special offer of € 0.48 ex-factory for the 3 products line shown below and we would be happy to be in touch for the shipment of samples for your consideration. 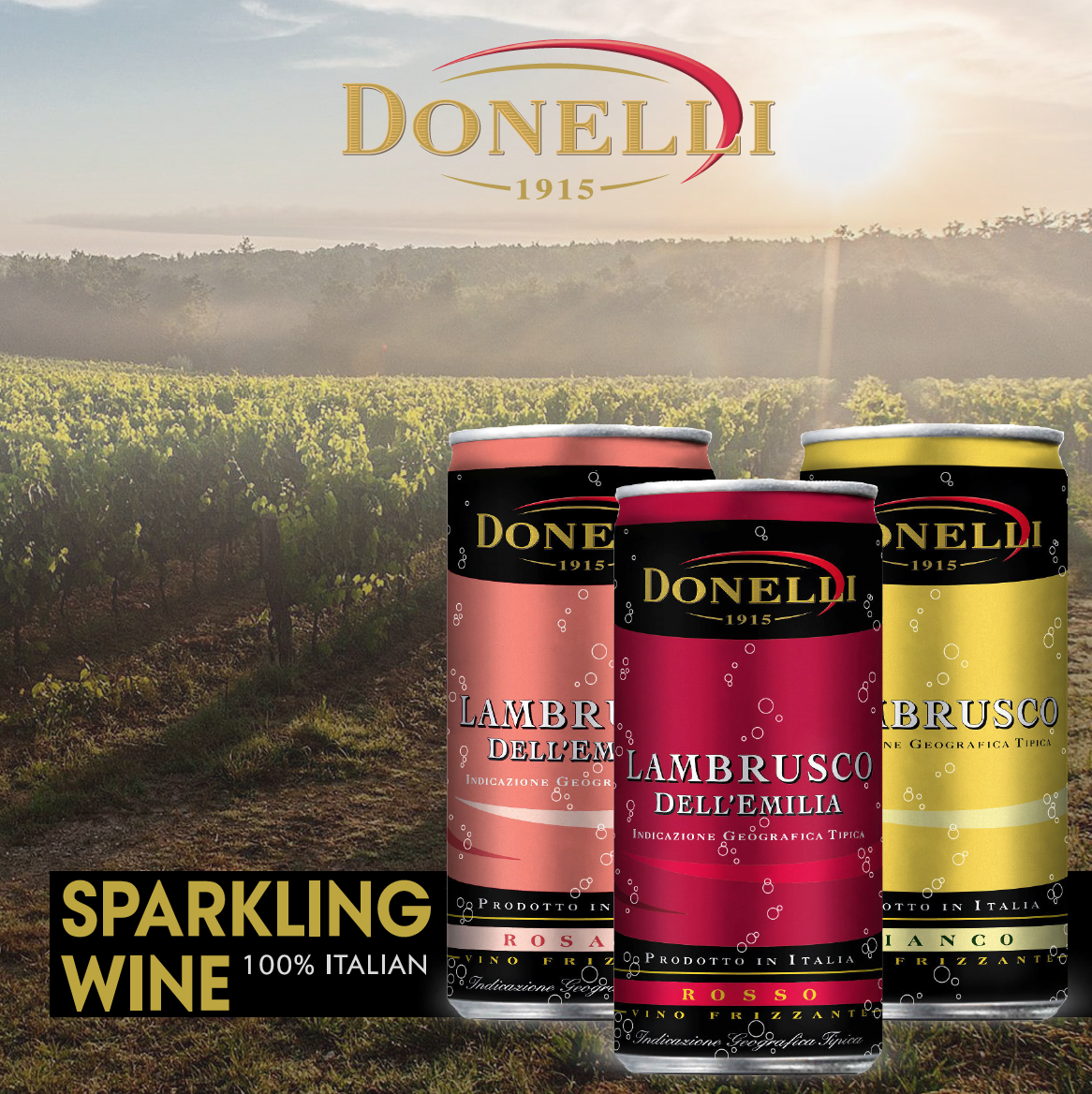 Drinks companies are converging on an unusual cocktail recipe: less alcohol. In bars from London to New York, sales of “aperitifs” are growing rapidly as younger drinkers in particular opt for lower-alcohol concoctions over stronger traditional cocktail spirits like vodka.

Global sales volumes of spirit-based aperitifs – which are half the strength of regular spirits – rose 7.4% last year, while vodka fell 6%, brandy declined 1.3% and rum sales lost 0.8%.

As an example, drinking rates among British adults have plunged to their lowest in 18 years. The latest findings from Mintel’s Alcoholic Drinks Review show that 27% of Britons say they are drinking more low- or no-alcohol drinks compared to a few years ago. This rises to 42% of consumers aged 18-24 and 45% of consumers aged 25-34.

Particularly, the Spritz (a simple cocktail composed of bitter orange liquor, prosecco and soda over ice) is having a moment. Gruppo Campari, which is the market leader in this segment, reported a record double-digit growth +28.1% in this segment for 2018 with the UK growing by 56%.

The spritz, which was created in Venice in the 1950s, is more and more popular with Millennial drinkers and it easy to assume that the trend is going to be strong for the next years.

Most of these lower-strength spirits have their roots in Italy at Naturali Food we have been observing this trend for some time selecting a reliable partner in this segment.

The Vallebelbo winery is an Agricultural Cooperative, founded in 1956, which collects and vinifies the grapes produced by the 160 associated growers, who own about 500 hectares of beautiful vineyards located in the heart of the Langhe hills, recently named as a UNESCO World Heritage site.

We have noticed how Garrone, which is Vallebelbo premium range of spirits and Liqueurs, presents a complete offer of aperitifs, bitters and vermouths apart from including the best selling Italian and international spirits.

The production facilities are fully automatised making the price range very competitive and with the capability to increase the production to a great extent. We have produced the below price list for your consideration, please get in touch for more info.